The UI Art of Tropico

Tropico is a city builder that allows you to assume the role of El Presidente; the ruler of a caribbean island during the Cold War. The game sets itself apart for giving the player a lot of “moral freedom”, dark humor and gleeful latin ambientation.

I was the lead artist in charge of creating the marketing art as well as the UI assets for the iPad version. The game was released on the App Store in December 2018 and selected as Game of the Day by Apple.

We tried to maintain the spirit of the original desktop UI, but make it a bit more consistent. Since most of the game is set between the 50s and 70s, we decided to go for a skeuomorphic approach based on office paperwork. We aimed at representing all the UI elements as objects that could be found on a desk. At the same time we wanted to add some visual variety, so we introduced different kind of papers; blueprints for the Construction Screen or certified letters for the Edicts Screen. Static buttons have a pen drawing style, while removable options are represented by stamp marks.

The Dictator’s Desk started out as simple tabs, similar to how they were represented on the original game. But we felt that this design was too monotonous. Since the players were going to be looking at these a lot, maybe we could use them to make them feel more like El Presidente and give some extra personality to the game. 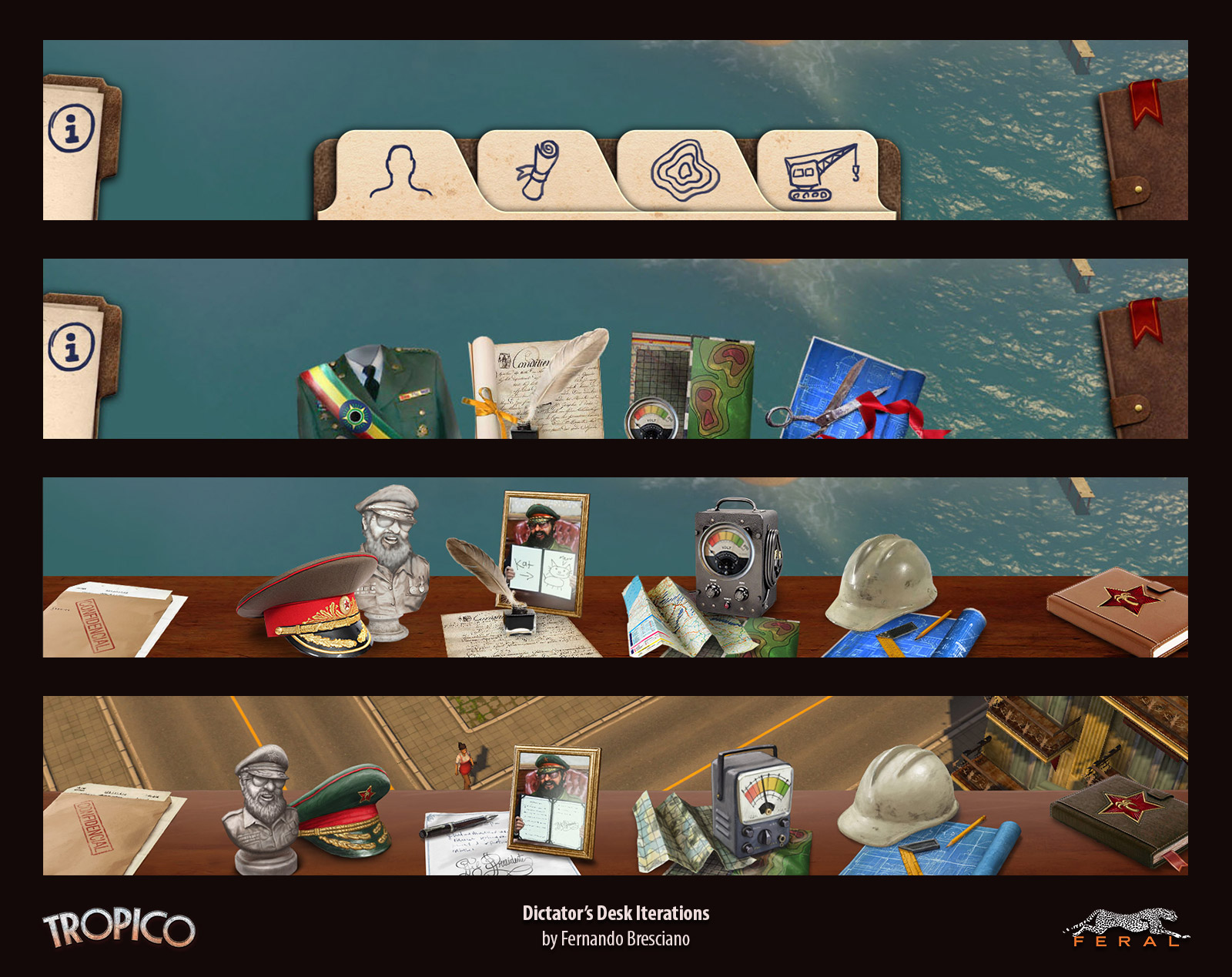 The status bar was the biggest challenge to design as a skeuomorphic element because of the limited space available. I did quite a bit of research on rare pre-digital artifacts for this, and ended up some little jewels of the interweb. 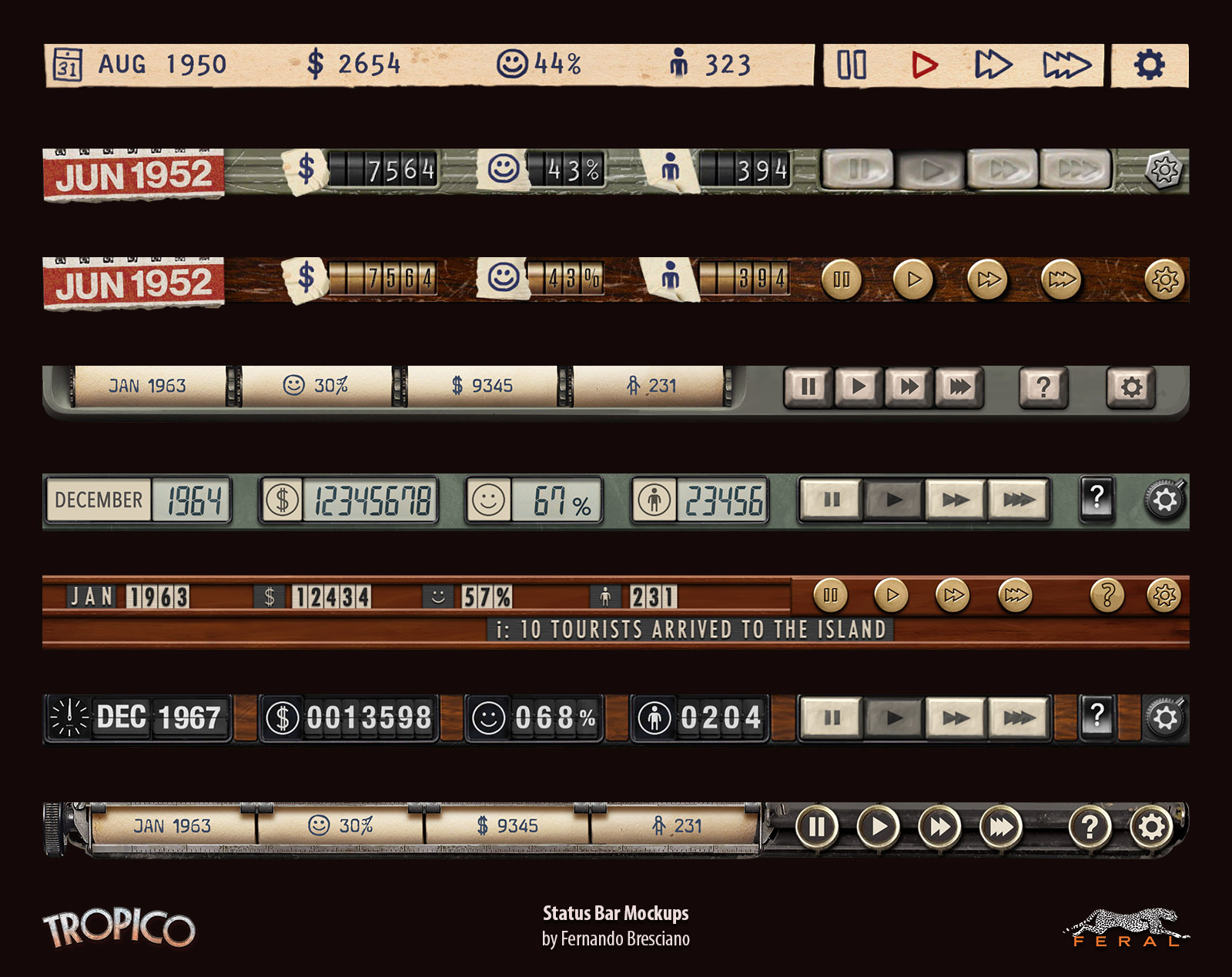 For the mobile version we introduced the Fast Wheel, which would display a short list of common actions to perform on the selected object in the 3D map. Again it was hard to think of a real object that would tie this options together and not take up a lot of precious screen space. One of my proposals was a vintage telephone dial which suggest that El Presidente has an emergency phone to solve urgent problems, similar to the Moscow – Washington hotline used back in the 60s. 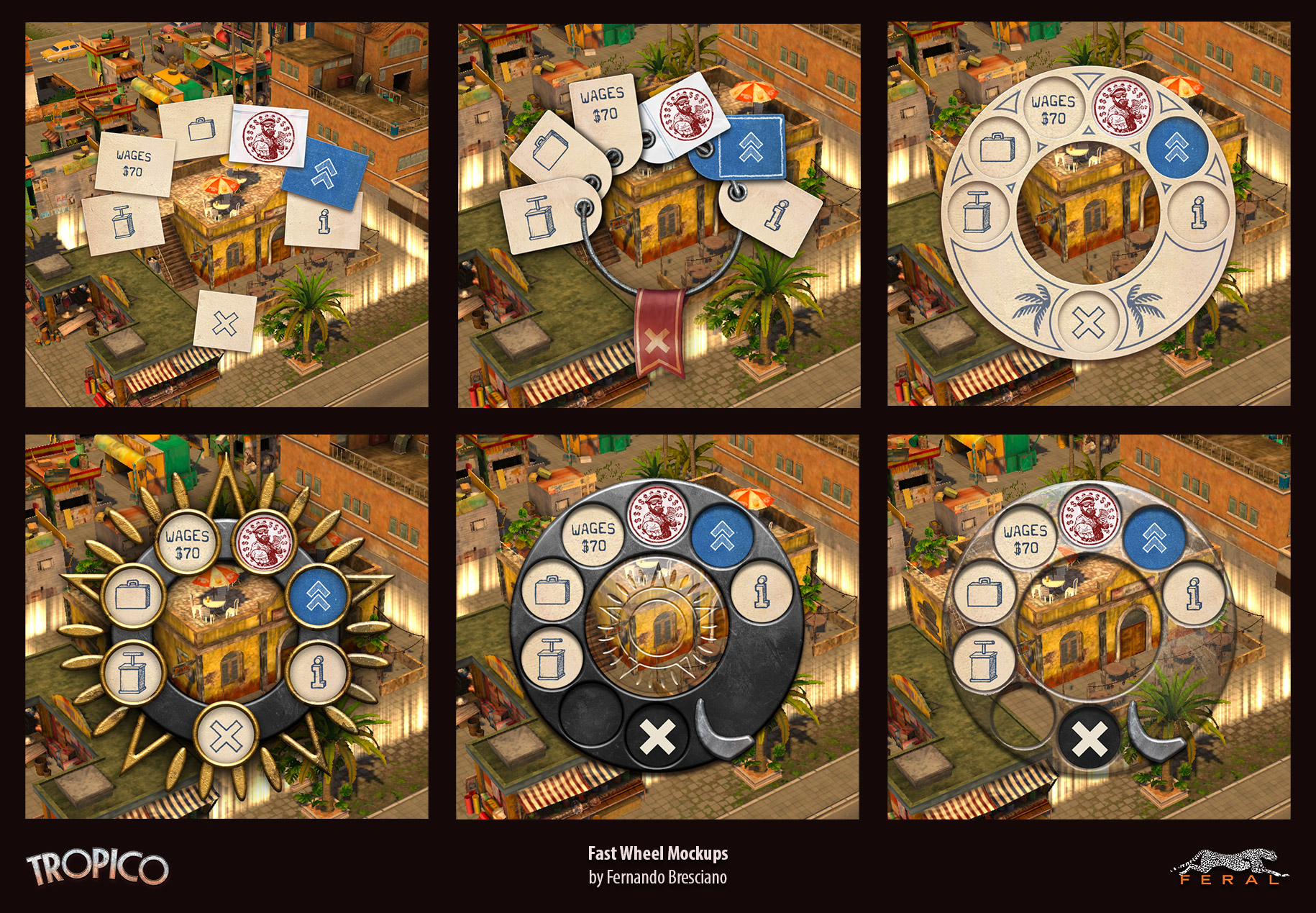